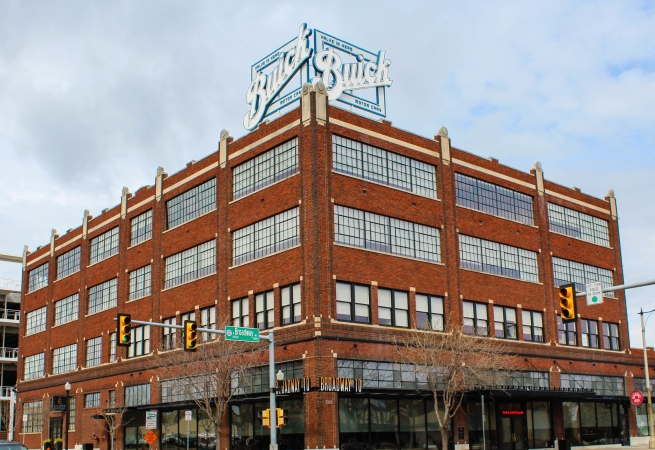 Located in Automobile Alley in Midtown Oklahoma City, the Buick Building at 1101 N. Broadway was originally built in 1924. Purchased by the Midtown Renaissance Group, the 59,500 square-foot four-story building was remodeled in 2013/2014. The building is home to Broadway 10 Bar & Chophouse on the bottom level and contains office space for companies such as Raymond James & Associates, Fulmer Group, and others.